President Donald Trump urged the FBI to “get back to the basics” Saturday night after an embarrassing series of mistakes in connection with the Parkland, Fla., massacre.

“Very sad that the FBI missed all of the many signals sent out by the Florida school shooter,” the president tweeted late Saturday. “This is not acceptable.”

The president then asserted that the agency was perhaps distracted by the investigation into possible Trump administration ties to Russia.

“They are spending too much time trying to prove Russian collusion with the Trump campaign,” the president wrote. “There is no collusion. Get back to the basics and make us all proud!”

On Friday, America’s top law enforcement agency admitted that it failed to act on information that alleged Florida shooter Nikolas Cruz had a “desire to kill people,” had written a series of alarming social media posts and had access to a gun.

Cruz, 19, is suspected of opening fire at Marjory Stoneman Douglas High School, where he was a former student, killing 17 people and injuring more than a dozen others.

Previously, the FBI acknowleged that it failed to follow up on a September tip flagging a YouTube comment posted by a “Nikolas Cruz,” which said “Im going to be a professional school shooter.” The FBI said it could not identify the user who made the comment.

In response to the FBI gaffes, U.S. Attorney General Jeff Sessions ordered a review of FBI procedures, and U.S. Sen. Marco Rubio, R-Fla., has urged Congress to launch an investigation into the agency’s operations.

Trump and other Republicans have heavily criticized the FBI in recent months. They are still dissatisfied with its decision not to charge Hillary Clinton with crimes related to her use of a private email server, and they see signs of bias in special counsel Robert Mueller’s probe of possible Trump campaign ties to Russia. 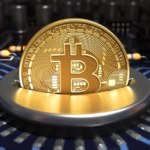 Why Should the New Crypto Startups Consider Hiring a Crypto Marketing Agency? 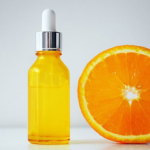 How to Introduce Vitamin C serum into Your Skincare Regime 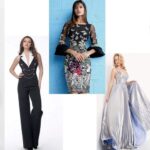 Top Jovani Office Holiday Dresses All Your Colleagues Will Ask About

How To Begin With Medical School Admissions Consulting? 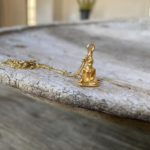